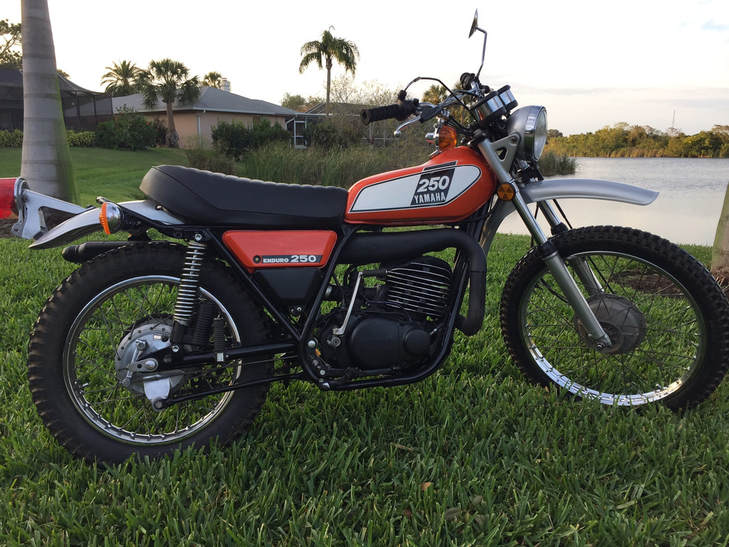 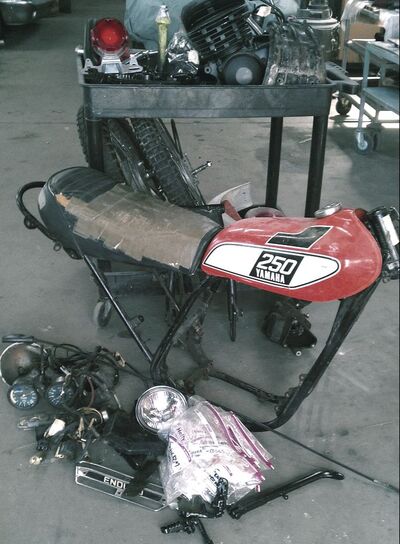 This is how it looked when I got it in about six boxes of parts
When I found this bike on Craigslist, I discovered it had been owned by the same guy since new. It's was relatively cheap, dissembled but supposedly complete. I am typically not fond of bikes that have been taken apart and then stored. It's a recipe for disaster. But, the owner was a week away from moving to a Coast Guard base in Alaska - so he was anxious to get rid of it.  Unfortunately, he had plans of restoring the bike himself and had stripped the bike down and put the parts in a half-dozen boxes. I had no way of knowing if everything was there. But the owner was desperate get the bike finished and not have it parted out - so some cash exchanged hands and I loaded up yet another project. While nothing was labeled, 99 percent of the bike was there. Unfortunately he lost the title in the move, but he stayed in touch with me until I was able to get a new title two years later.

The middle-aged service man got this bike off the showroom floor for his sixteenth birthday. He lived in corn country and rode this DT around the farm, in the woods and to school daily. He took pretty good care of it, so it was a fairly easy restoration. The most expensive part was probably the new decal set - a bit pricey - but the bike just wouldn't have looked complete without it. This bike recently found a new home up north where it came from but I currently have two '72 DT2s, two '72 RT2s, a '73 DT2, a '73 RT2 in the process of full, frame up restoration. If you're interested, please let me know.