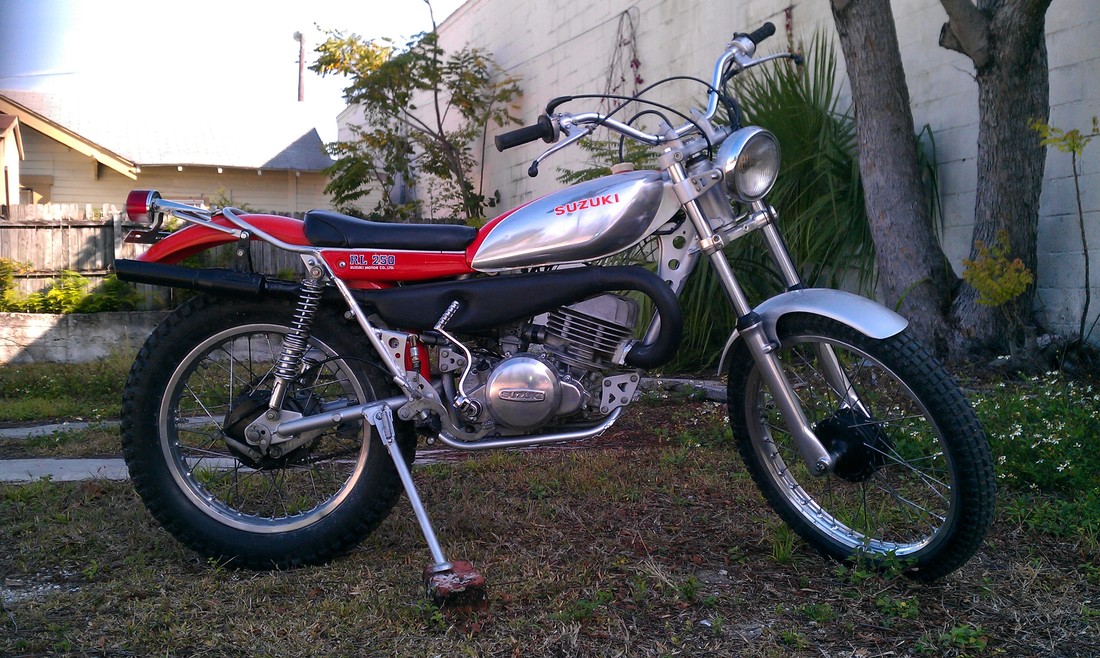 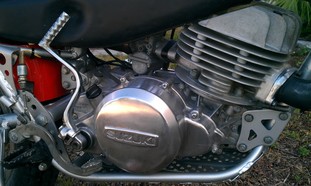 I've always had a thing for English trials bikes. I remember seeing pictures of trials champ, Sammy Miller, hanging precariously off his bike while while climbing up an impossibly huge bolder. So cool! Being a sport that was new to the US, I never actually saw a trials event until much later in life. But I would try to emulate Miller's pictures, poking though the woods on my little Harley 125 trying to careen off fallen trees without dabbing my foot.
When I saw this RL, it brought back a flood of memories and I immediately wanted it.  It was rough and ran poorly, but it was all original and complete.  The owner had even collected the optional factory headlight kit for the bike and a bunch of spare parts.  He drove a hard barging and traded me this bike for a paint job on XS650 - the tank looked like it had been run over by a car (pictures).
This was a fast restoration.  I had this bike back together in a few weeks and traded it not long after for several other vintage bikes. That's how this crazy love affair with motorcycles works. 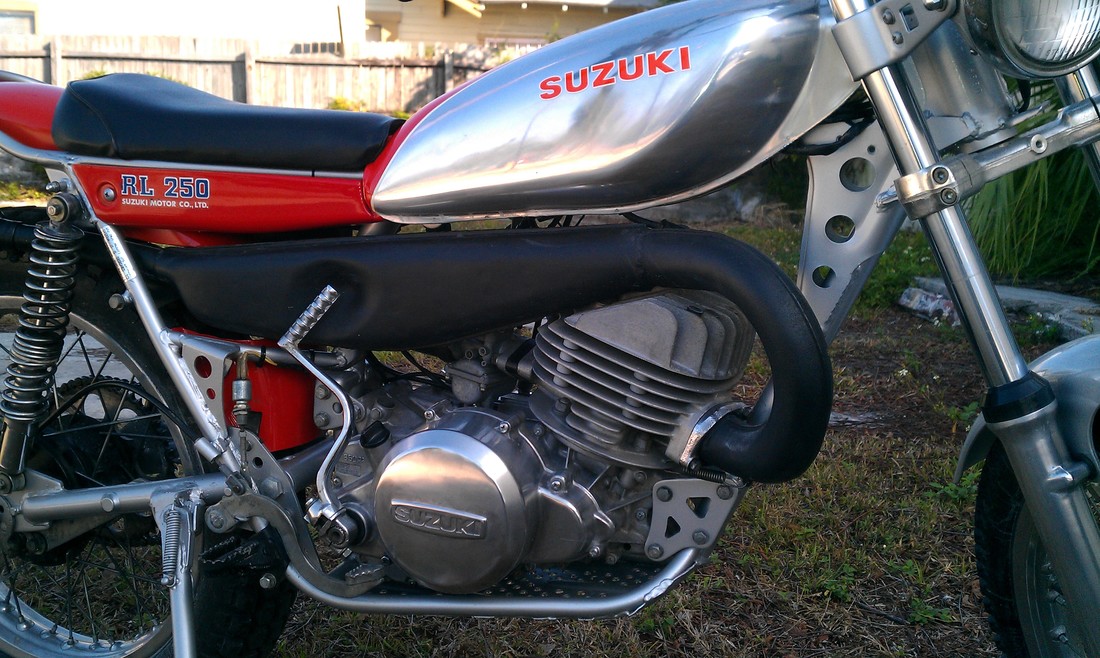