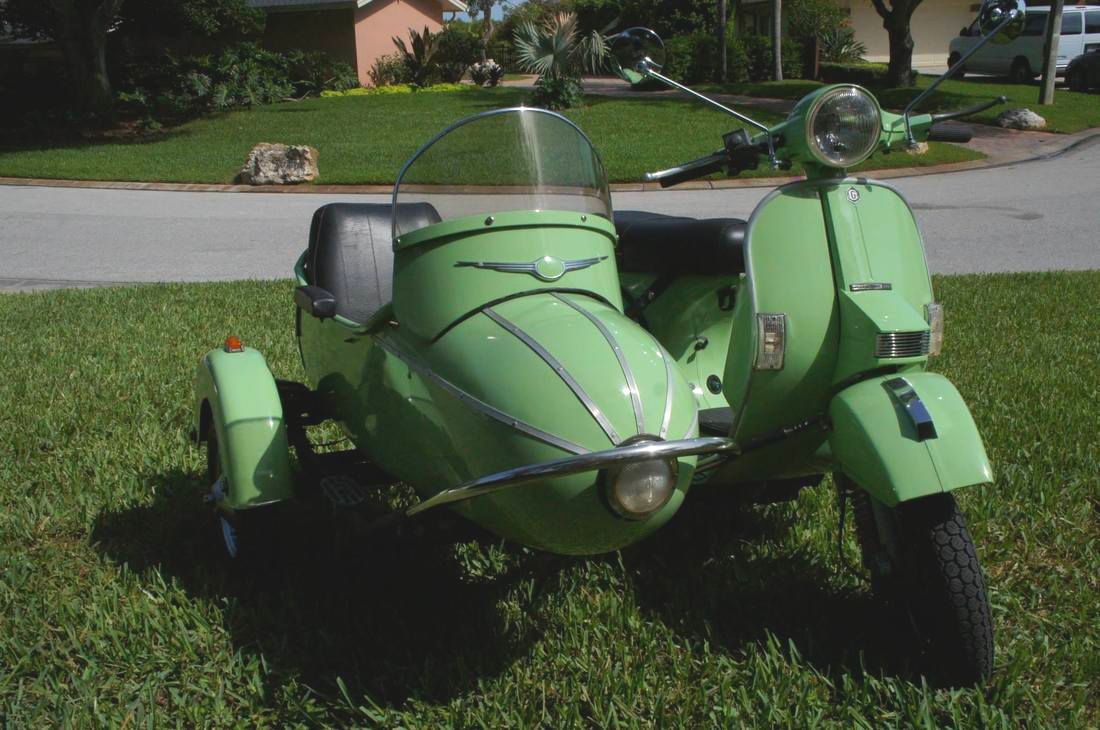 A good friend found this neat little scooter hiding under a cover at a client's house.  It had been sitting for years and unfortunately, the paint was faded and rusting in places. My buddy called and asked if I could help. He's been a good friend for years and we learned to fly together, so I agreed to take on the job, knowing full well that these Vespa clones can be somewhat difficult to work on (especially the tiny accesses of the headlight shell and handlebars). I had to replace a bunch of parts, but in a few weeks, it emerged from my garage looking factory new.  If you live anywhere near St. Pete Beach, you've no doubt seen Tom sporting around town with "GriGri" his dachshund in the sidecar.  This bike draws a crowd wherever it goes!

Stellas and Vespa P-series scooters are nearly identical and use many of the same parts.  In 1986, Italian scooter giant, Piaggio, sold the rights to the Vespa P-series scooters to LML, an Indian company.  This "Stella" version of the scooter was manufactured by LML for about 10 years.  Despite many doubters of Indian products, this particular example of the scooter was well built and ran as good any Vespa I've ever ridden. 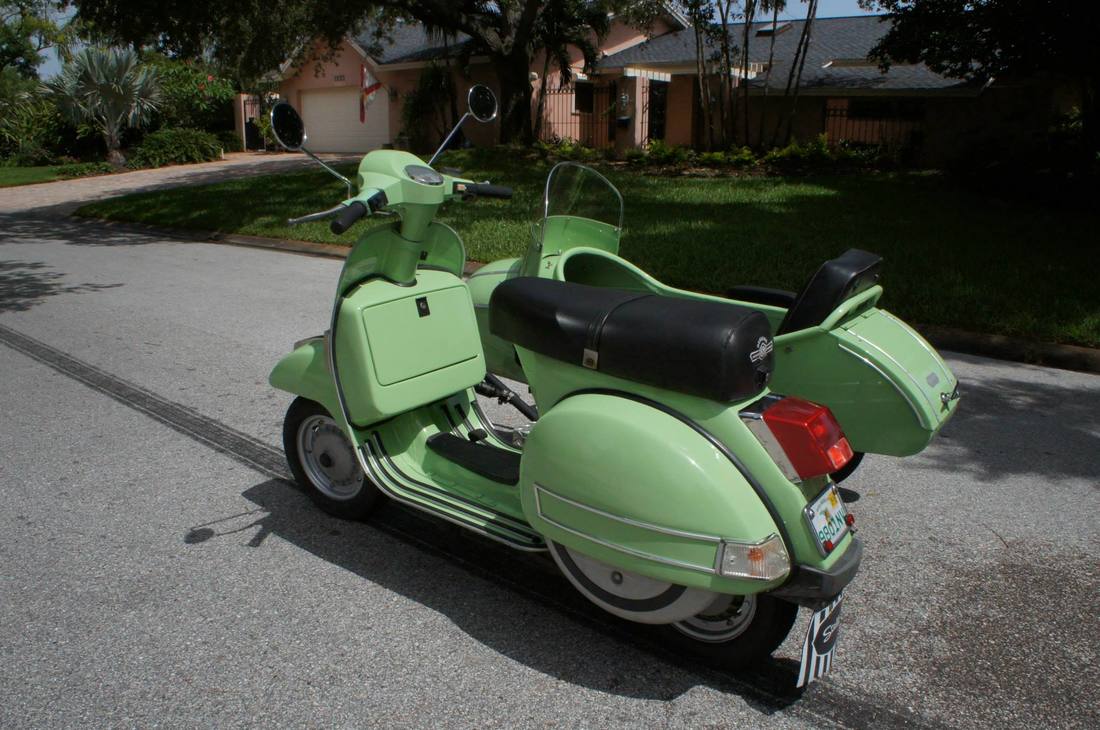