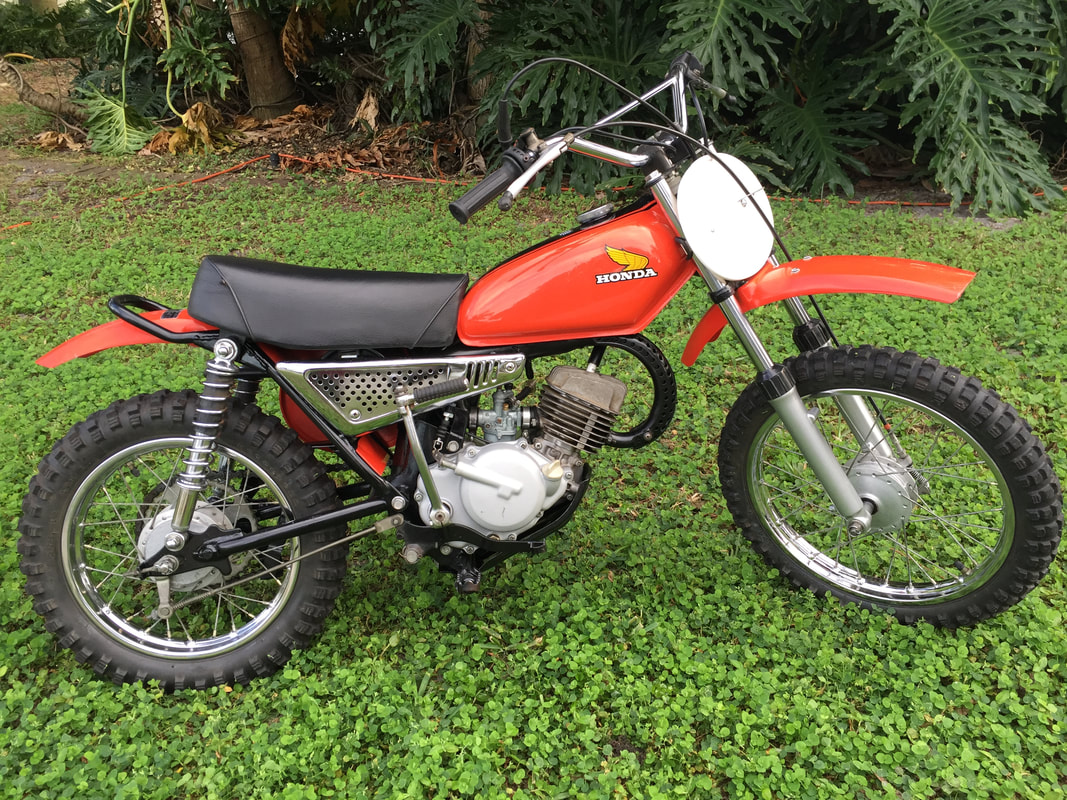 This was the nicest original antique bike I've ever found -  which was the polar opposite of the Montesa I restored a year earlier.  This MR50 was a one owner bike that probably had less than a few hours on it.  Every nut and bolt was original. The only damage was a ding in the tank I quickly fixed. The only parts I replaced were the hand grips, air filter and a few of the decals. After cleaning the carb, the tiny Honda jumped to life with just a few prods of the kickstart. I decided not to restore the bike, but to clean it and keep it as original as possible. That's why the engine isn't exactly perfect.  At the time, I didn't know there was such a huge market for these, but there are collectors worldwide.  I wish they could all be this easy!