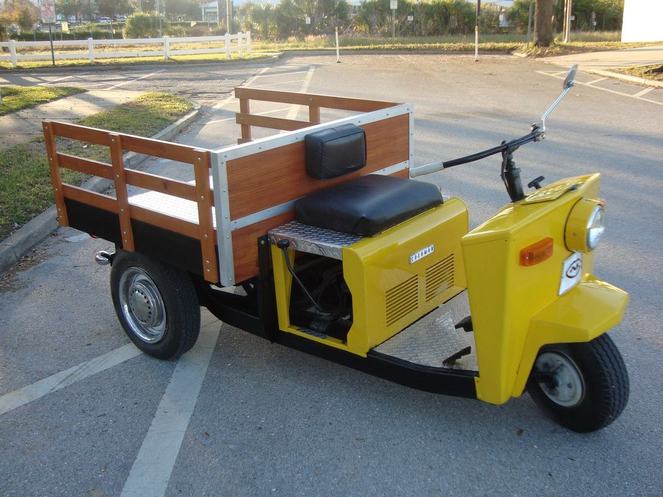 Before you Cushman-lovers start screaming that this isn't an authentic restoration of a Truckster - well, of course, I know that. This is more like a "fancified" version of this venerable work vehicle.  But really, what would an authentic version of the Truckster look it?  The Truckster has been modified in more ways than one can imagine. From the mid-1950 through late 1960's ingenious people kept reimagining new roles for the durable little vehicle. Probably, the most recognized version of this vehicle sported a full cab, when they were used throughout the country as postal vehicles. But they've also seen duty in the military and and in our national parks. They've been used by meter readers, warehouse workers, longshoremen, linemen, police officers and farmers. They've been used to haul aircraft around airports and have even been converted into firetrucks. In my opinion, this is the first SPORT UTILITY VEHICLE!

This Cushman ran when I bought it, but the front end and been crushed and lots of original parts were missing. The previous owner spent some time building the nice bed, so I left it intact. Most of my work involved straightening out and aligning the front end, making the engine run right, fixing the brakes and painting the chassis and sheet metal.

After a few months of buzzing around the neighborhood, I sold this to a older gentleman who lived in a mobile home park. His plan was to give the neighborhood ladies rides to the recreation center.  I don't know how well that plan worked out for him, but it sounds like a bold plan for picking up chicks! 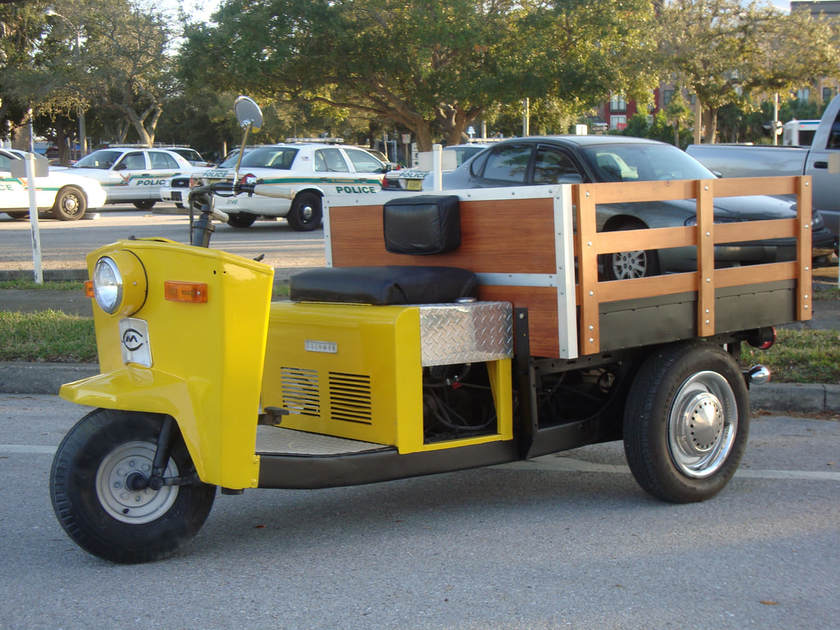